This year, VTS awards were presented during the Awards Luncheon on 26 September 2017 at VTC2017-Fall in Toronto, Canada. Some will also be presented at the Vehicle Power and Propulsion Conference (VPPC) in Belfort, France 11–14 December 2017. This report lists the awards presented, this year’s recipients, and a short description of each award.

VTS Chapter of the Year

This award recognizes the outstanding Chapter of IEEE Vehicular Technology Society out of all active VTS Chapters. The basis for judging includes the following criteria:

The award consists of a plaque presented to the Chair of the Chapter. 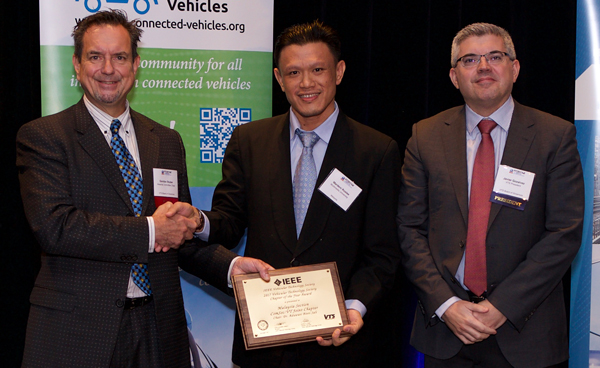 The Best Paper Awards recognize the best papers published in the Transactions of Vehicular Technology over the period 2011—17 in the following four areas: Systems, Propagation, Vehicular Electronics, and Land Transportation. Each award consists of a Certificate for each co-author and $500 equally divided among all co-authors. The basis for judging includes the number of citations, excluding self-citations, in various citation databases. 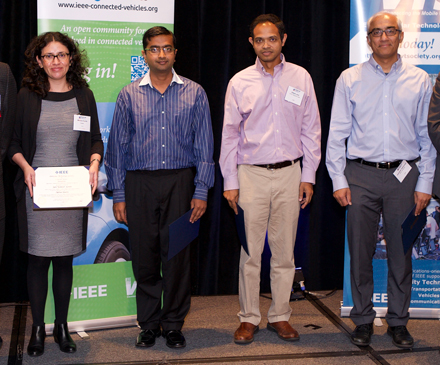 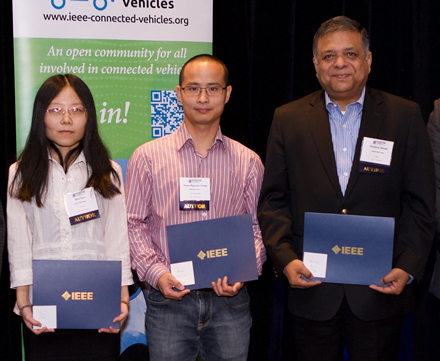 This award, to be presented at VPPC 2017, is given to the best paper relating to Vehicular Electronics published in IEEE Transactions on Vehicular Technology.
Awarded to “Energy management of a fuel cell/supercapacitor/battery power source for electric vehicular applications” by Majid Zandi, Alireza Payman, Jean-Philippe Martin, Serge Pierfederici, Bernard Davat and Farid Meibody-Tabar

This award is given to the best paper related to Land Transportation published in IEEE Transactions on Vehicular Technology.
Awarded to “Pseudonym changing at social spots: An effective strategy for location privacy in VANETs” by Rongxing Lu, Xiaodong Lin, Tom H. Luan,  Xiaohui Liang and Xuemin Shen 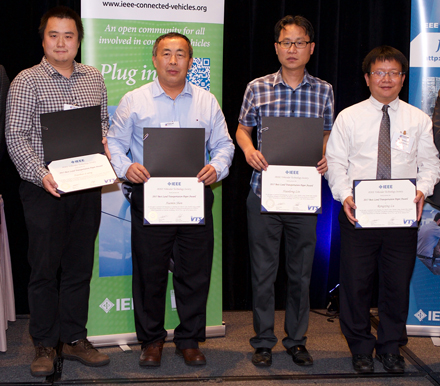 For individuals who provide outstanding volunteer contributions to the VTS Board of Governors and to the Society. It consists of a Plaque and $250.

This award is given to the General Chair, in appreciation of their tremendous effort to organize and host the Society’s flagship conference, VTC. 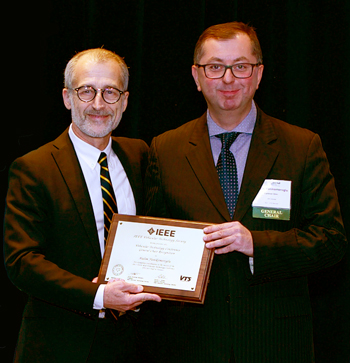 Stay up to date on the latest news from VTS and IEEE. Subscribe to our newsletter today to receive the latest articles right to your inbox.