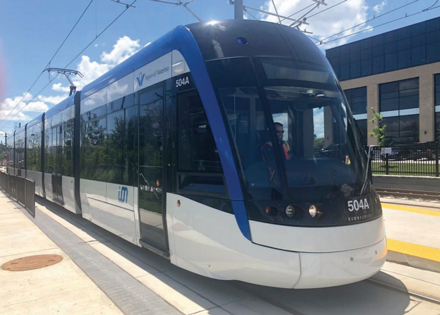 The PPP is responsible for 10 miles of light rail line operations over the next 10 years and maintenance over the next 30 years. The contract, which was awarded in May 2014, is Keolis’ first light rail operation in North America. The ION LRT is transformative for the Region of Waterloo, the population of which is more than 500,000, making it the fourth-largest community in Ontario.

The network is funded by all three levels of government and fully integrated within the Region of Waterloo’s existing public transport service, Grand River Transit (GRT).

Stay up to date on the latest news from VTS and IEEE. Subscribe to our newsletter today to receive the latest articles right to your inbox.